The Minsk City Committee for Natural Resources and Environmental Protection calls all concerned people to participate in the global campaign "Earth Hour" and turn off the lights on March 27 for 1 hour from 20.30 to 21.30!

Earth Hour is the international campaign during which the WWF calls for turning off the lights and household appliances for one hour as a sign of concern for the future of the planet. At this time, the illumination of the most famous buildings and monuments of the world will be turned off. This year the campaign will be held in Belarus for the 13th time. The purpose of Earth Hour is not to save electricity. This campaign is a symbol of respect for nature. From year to year, this event draws attention to the need for a responsible attitude to nature. 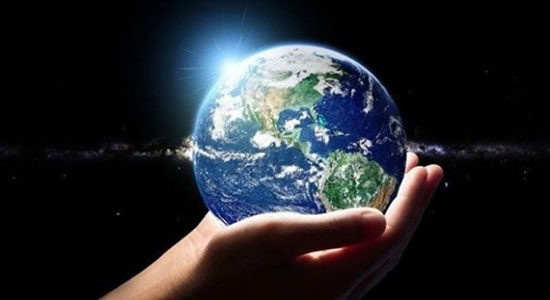 Today Earth Hour is the most massive environmental campaign on the planet. Belarus does not stand aside. So, only in Minsk, the illumination of such iconic objects as the National Library, the National Academic Bolshoi Opera and Ballet Theater, the Belarusian State Philharmonic Society, the National Art Museum, the Belarusian State Museum of the History of the Great Patriotic War and the lighting of the TsUM, shopping center "Capital", the hotel "Belarus", etc. was turned off last year.

Since this is a voluntary campaign, people decide how many and what electrical appliances they turn off for themselves, and the city authorities initiate turning off the illumination of city objects. The organizers of the action do not recommend turning off street lighting, aeronautical lights and traffic lights for safety reasons.

Turning off the lights for an hour is not difficult, but the opportunity to help the planet by changing your daily habits stands behind even such a symbolic action.

How can we help the planet? For example, use energy and heat sparingly, be careful about water and favor recycling paper and other materials, thereby reducing greenhouse gas emissions.